Johnson Brown-Service Funeral Homes honored to serve those who served....

There are many rules, eligibility, and even some complex vocabulary regarding how the Veterans Administration handle veterans funeral and burial benefits for their members. The following answers common questions before and during the course of planning funeral services for your loved one. Of course, if you have further questions, don’t hesitate to reach out and ask.

One of the most important pieces of paper a Veteran will have is called a DD214. This document shows their years of service, awards and commendations, and discharge status. It is the document that 1) proves their eligibility for burial in a Veterans Cemetery, and 2) proves their eligibility for Military Funeral Honors. If you do not already know where the DD214 is located, you can request a copy at https://www.archives.gov/veterans/military-service-records. After you have located your DD214, let immediate family members know where to find it when the time comes.

If someone is KIA (Killed In Action), anyone who was killed by hostile forces while on active duty, the military with notify the Next-Of-Kin, and they will be assigned a Casualty Assistance Representative who will walk them through the paperwork associated with completing funeral arrangements. Casualty Assistance Representatives will also be appointed to the families of anyone who dies while on active duty, whether from illness, accident, homicide, or suicide. 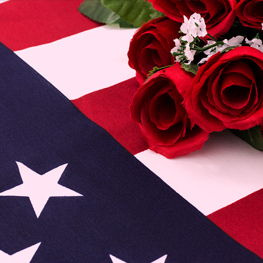 A Veteran refers to anyone who was honorably discharged from the military prior to reaching retirement status. In general, their military funeral honors consists of a 2-3 man detail who will play Taps, and fold & present the flag to the Next-of-Kin. The term “veteran” is commonly used to refer to anyone who has honorably completed their military service, regardless of time served.

A Retiree is anyone who has completed the required number of years to achieve retirement status. Their DD214 will say “Retirement”. These service members are entitled to Full Military Honors, which typically consist of an 8 man detail who will: serve as pallbearers, complete the 21 gun salute, play Taps, and fold & present the flag to the Next-of-Kin. Some branches of the military will also provide a Military Chaplain to perform services for a retiree.

The Veterans Administration (VA) provides several items to everyone who has been honorably discharged from the military upon their death.

The United States Postal Service provides an American flag upon the death of a Veteran. This is the flag that is displayed by the urn, or draped over the casket during the funeral service. It will be folded by the military and presented to the Next-of-Kin.

The Veteran is also entitled to a Presidential Memorial Certificate, signed by the sitting President, thanking them for their service to our country. It can take up to 12 weeks to get, so ask us for further information. 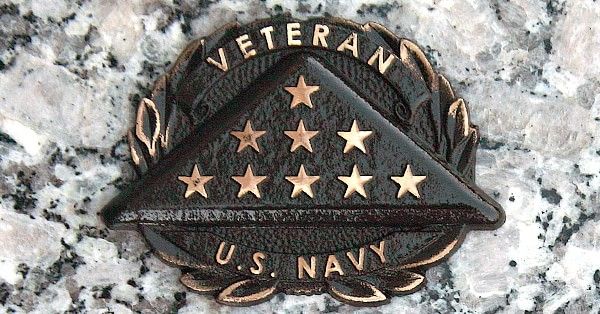 Finally, each veteran who is interred in a cemetery is entitled to a marker, to identify their final resting place. This can come in several different styles. If interment takes place in a Veterans Cemetery, the marker will be a headstone for a casket, or a wall plaque for an urn. If burial is in a private cemetery, the marker provided can be either a headstone or a footstone. Recently the VA has introduced Medallions as another option.

The VA may provide monetary reimbursement to the survivors in a Veteran’s life. Standards and regulations do change with some frequency, so this is intended to cover very broad categories. Contact us for further information on your specific needs.

One of the most common reimbursements is for the transportation costs associated with the Veteran to their place of burial. There are several ways to get this particular reimbursement, including if the Veteran died of a service-connected disability, or if they died after being admitted into a VA authorized hospital or nursing home. The actual amount reimbursed may vary depending on the circumstance of death, and if the Veteran is going to a national cemetery.

If the Veteran chooses a cemetery that is not specifically for veterans, the VA also offers reimbursement up to a certain dollar amount for the purchase of the Veteran’s plot.

The final type of reimbursement can be the most time consuming to file for. Based on the medical cause of death on the death certificate, a Veteran’s death will be either “service- connected death” or “non-service-connected death”. There is a difference in the amount that will be reimbursed, so it is essential that the death certificate have the correct information on it.

We hope that this has answered some questions you may have had about how the Military and Veterans Administration handle death care for their members. Don’t hesitate to contact us. Our team is always available to answer further questions at your convenience.

We stand ready to assist you. If a death has occurred, please call us on the number below: